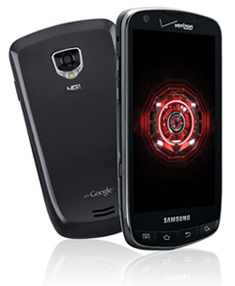 Samsung’s Droid Charge smartphone is all set to hit stores after a brief delay caused due to outage in the Verizon’s LTE network.

Originally scheduled for late April, the US-based telecom service provider shelved the launch of Droid Charge due to the network glitch. The Samsung Droid Charge is equipped with 4G LTE technology that supports download speeds of 5 to 12 Mbps.

Connectivity options include Bluetooth. There is also a micro USB port for external storage.

The phone costs $299.99 with a two-year Verizon contract.

[source: The Times of India]