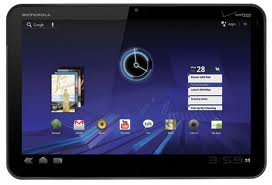 Motorola India recently announced that the very first tablet device to run Android 3.0 Honeycomb will be available in the Indian market later this month.

Though the company has not yet been specific about the release date for the tablet device, we expect it will make an appearance sometime in the last week of June.

Xoom is powered by a 1GHz NVIDIA Tegra 2 dual-core processor and 1GB of RAM. It sports a 10.1-inch display with a 1280 x 800 resolution, includes a 5 megapixel rear camera and a 2 megapixel front facing camera, HDMI output with 32GB of inbuilt memory which can be expanded with microSD cards.

The company has not yet mentioned whether they would announce the Wi-Fi+3G or the Wi-Fi only model and we are also unclear about the pricing. However, we will soon know more details and will keep you updated.